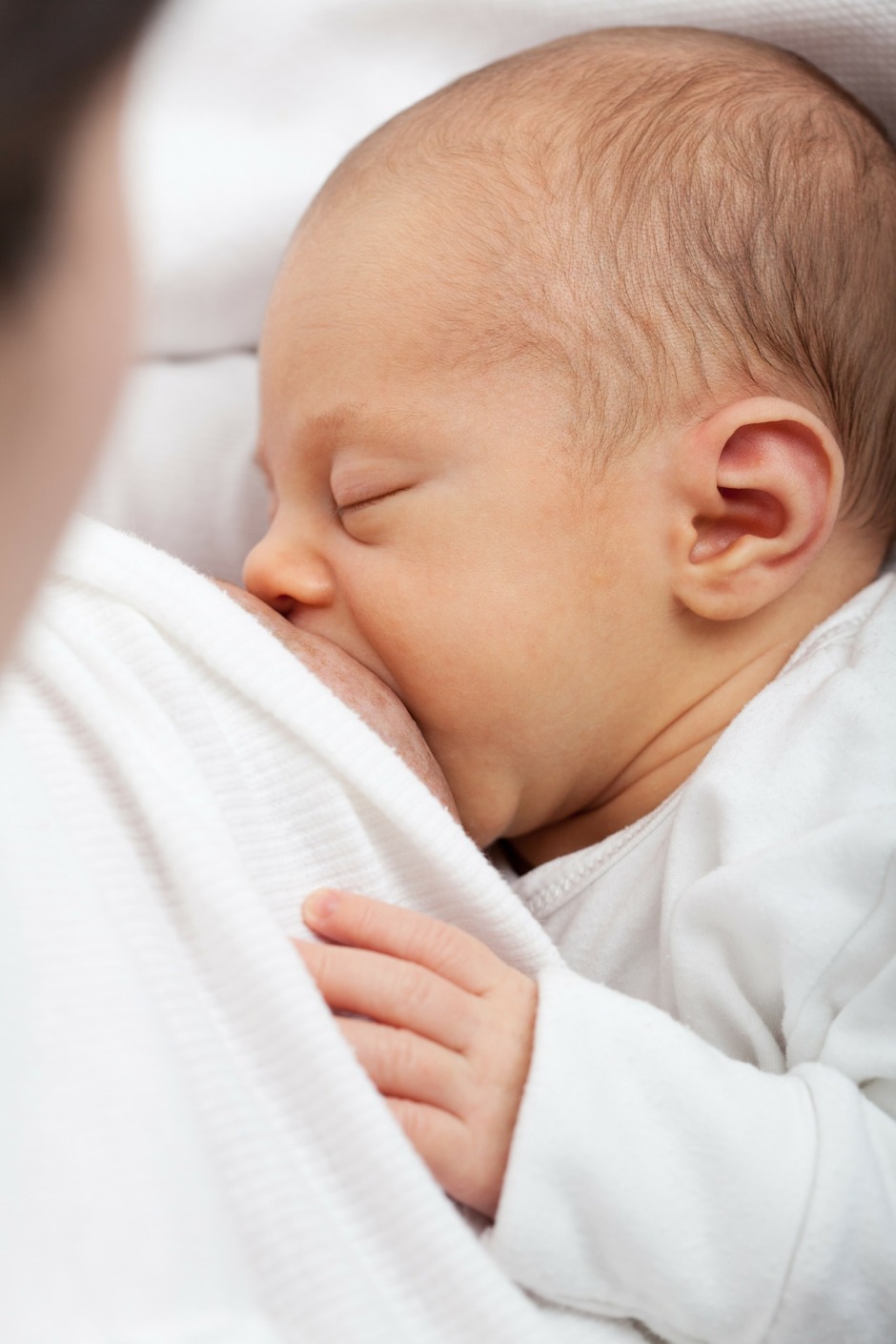 Editor’s Note: August may almost be over, but we can’t let it slip by without a note celebrating National Breastfeeding Awareness Month. Today’s post is brought to you by guest contributors Kavitha and Mira, from the University of Maryland Extension’s Expanded Food and Nutrition Education Program.

From the early 1940’s, mothers chose to feed their infants formula instead of breastfeeding since many people—including health care professionals—believed that infant formula was more nutritious than breast milk. A global decline in breastfeeding led to a national movement emerging in the 1970’s, which worked to improve infant health and survival through the promotion of breastfeeding.

Research shows that human milk is uniquely tailored to meet the nutrition needs of human infants. Breast milk is both readily available and affordable, and it provides all the nutrients that infants need for their first six months of life. The act of breastfeeding also provides several benefits to moms and babies. Breastfeeding helps mother and baby bond. It reduces baby’s risk of ear infections, respiratory illnesses, sudden infant death syndrome, and hypertension. Breastfed babies are less likely to develop childhood obesity and certain childhood cancers. And breastfeeding helps moms lose weight and reduces the risk of breast and ovarian cancers.

Despite all of these benefits, the United States has one of the lowest breastfeeding rates among the high-income countries. More than 79% of US women start breastfeeding, but only an estimated 19% of these moms breastfeed exclusively for the first 6 months of their babies lives. Breastfeeding moms face many challenges, which all contribute to low rates of breastfeeding: lactation problems, employment and child care, lack of family and social support, embarrassment to breastfeed in public places, and lack of knowledge about the specific benefits of breastfeeding.

Considerable efforts have been made in recent decades to address some of these issues, including the Affordable Care Act (Obama Care), which created new protections for nursing mothers by amending the Fair Labor Standards Act. Earlier this year, all 50 states adopted the amendment which requires employers to provide most hourly wage-earning and some salaried employees with a private place—other than a bathroom—where nursing mothers can pump in privacy, away from coworkers and the public. Employees must be provided with reasonable accommodation to express milk and use a breast pump at work.

These protections should be provided until the employee’s baby reaches one year of age. However, this law only applies to businesses/organizations that have more than 50 employees, so, not all women may benefit from these protections. Additionally, the law does not require the employer to pay for the time that an employee spends pumping.

If you experience a situation in Maryland in which your right to breastfeed is challenged, you can report noncompliance with the Maryland law to the Maryland Attorney General’s Consumer Protection Division. The Consumer Hotline is 410-528-8662. You can also file a complaint by e-mail to Consumer@oag.state.md.us, or online.

About Kavitha and Mira:

Kavitha’s work focuses on the design, implementation, and evaluation of community-based nutrition and obesity prevention projects. In her free time, she enjoys cooking, crocheting and taking long walks with her husband and canine son.

Mira develops programs and supports strategies that help in the creation of healthy lifestyles for immigrant, refugee, and underserved communities. She has been a passionate advocate for breastfeeding as a strategy for reducing food insecurity and improving the health and survival of babies for over three decades.

One thought on “Breastfeeding Awareness: Know Your Workplace Rights”

Find more from your favorite author!